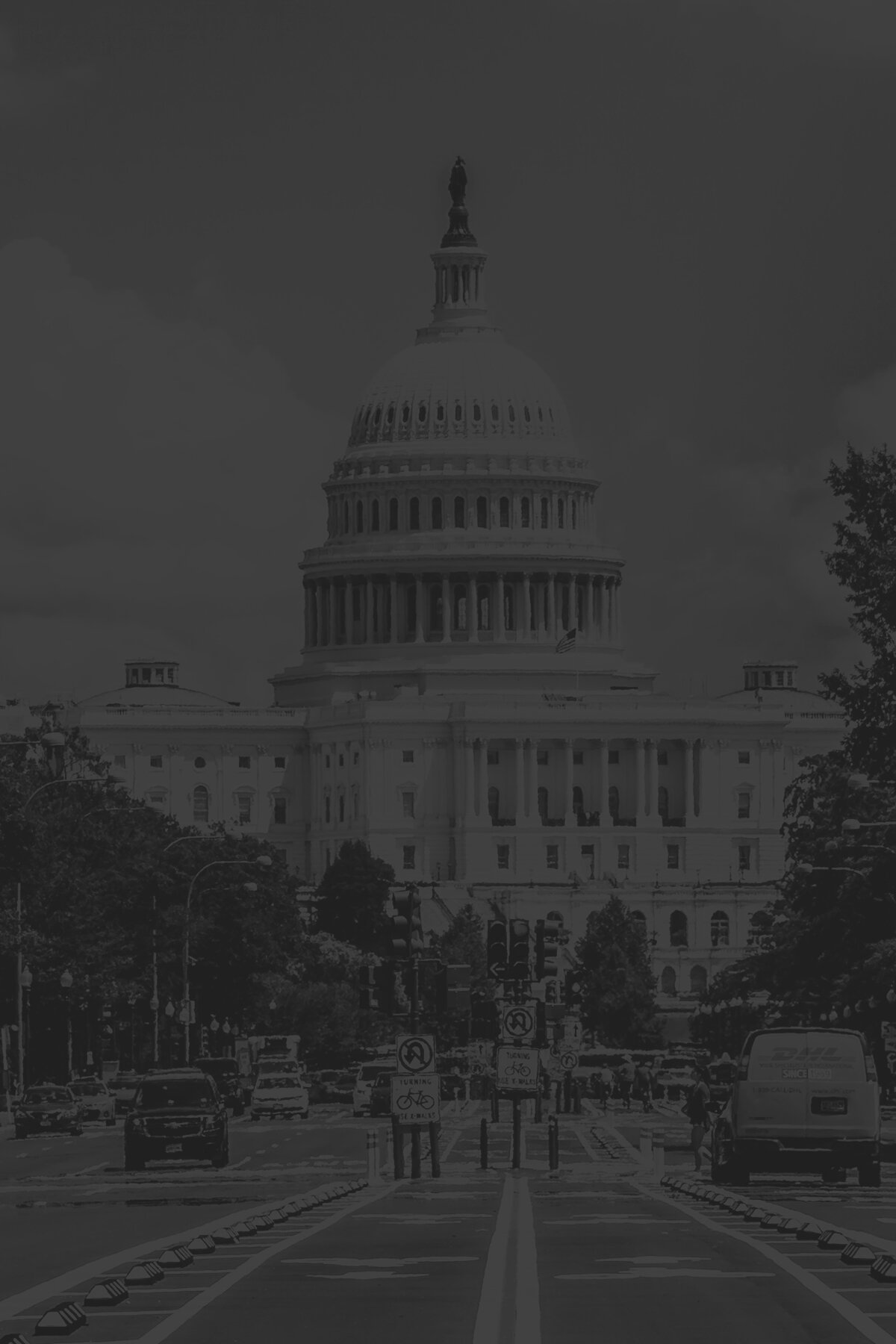 Thank you! Your submission has been received!
Oops! Something went wrong while submitting the form.

The upcoming presidential election marks a significant decision point for our nation. This moral moment requires principled conviction from politicians, but even more so from the American people. Christians have a particular obligation to provide this moral leadership. No candidate will be perfect, but Christians can hold both parties accountable to a vision for the common good that is not fully represented in either party platform.

While a misappropriation of the separation between Church and State has sometimes been used to suggest people of faith are the only people who can’t consider their values when participating in politics, we know that both our faith and the demands of citizenship require that we bring our full selves to the project of self-governance.

Our Christian faith’s call to recognize the image of God in every person and to love our neighbor as ourselves compels us to speak into the public square to promote social justice and moral order. We have a spiritual responsibility as followers of Jesus to seek common ground and the common good. We are obligated to protect the vulnerable and defend human dignity even of those with whom we disagree.

At its best, the church should be a beacon of light to our nation, illuminating the systemic and institutional injustices that must be removed for our Union to thrive, while also modeling the possibility of a more just way. It should also be a moral anchor that refuses to sacrifice virtue and righteousness at the altar of political expediency. We have seen this in our past: When the mechanisms of government failed to disassemble slavery and later Jim Crow, church-led movements shocked and recalibrated the conscience of a derelict nation. Conversely, when the church has failed to act or has imposed its own injustices, the nation and the promise of democracy suffered dearly.

We assert the following convictions to the candidates seeking the presidential nominations of their political party, so that they know what we believe to be some of the primary issues facing our country and that they might respond to these concerns. And we state these convictions to our fellow Christians—indeed, all Americans—so that they might inform the way we advocate and vote in the upcoming election.

THE HEALTH OF OUR DEMOCRACY

By disregarding standards of decency and good faith, the current administration has significantly lowered our nation’s discourse and endangered the political process. This president’s callousness—especially toward non-white Americans and vulnerable citizens—his fomenting of chaos as Commander-in-Chief, and his cavalier attitude toward rule of law and basic norms of civility all undermine social cohesion, civic trust, and our very democracy.

America was built by enslaved people and immigrant workers who brought the country closer to its founding ideals through their sacrifices and protests. And yet racial discrimination has pervaded American public policy and the law since our nation’s inception, and its effects continue today. People of color still haven’t fully recovered from the War on Drugs and a myriad of other government sanctioned efforts that devastated communities and weakened families. We must address racial disparities in education, poverty-levels, healthcare, environmental quality, and the criminal justice system head on. Central to that effort must be the vigilant protection of voting rights. Voting should be fair, accessible, and convenient for all eligible American citizens, and enfranchisement should extend to former felons who have paid their debt to society.

THE POOR AND PRO-FAMILY ECONOMIC POLICIES

America can’t disregard poor people in policymaking. We need creative anti-poverty policies that work in tandem with, not in opposition to, other institutions, including the family and the church. We believe in the dignity of work, and that workers should receive a livable wage. Education should be accessible and equitable for all children. Paid family leave and enhanced child tax credits are both family-oriented policies that relieve the burden on hard working parents and create opportunities for them to invest more time and resources into their children and loved ones. In order for families—and indeed, the nation—to thrive, women must be free from discrimination, harassment and abuse.

All attempts to remove more traditional religious beliefs from the public square should be opposed. We, like many other Americans, affirm the historic Christian sexual ethic, and we also believe that religious freedom and LGBTQ civil rights are not necessarily in irreconcilable conflict. Faith-based charities, hospitals and colleges should not have to choose between surrendering their convictions and closing their doors. At the same time, LGBTQ people should not lose jobs and housing because of how they identify. We must pursue ways to disagree and live together without bullying or compromising our conscience. Towards that end, we encourage all 2020 candidates to support the Fairness for All Act, which will grant basic civil rights for LGBTQ people while also protecting religious freedom for all faiths.

The Trump administration has failed to treat undocumented immigrants with dignity and care, especially at the U.S.-Mexico border. In light of God’s special concern for the immigrant and the sojourner, we are deeply dissatisfied with the federal government’s continued negligence when it comes to passing comprehensive immigration reform. The current administration’s willingness to use draconian, manipulative measures to stoke fear in immigrant communities and pit family members against one another is reprehensible. Our government must seek to be both just and compassionate regarding immigration policy, especially in protecting Dreamers and upholding longstanding laws regarding refugees fleeing violence, lawlessness and oppression.

We believe in building a society that respects human dignity at all stages of life, including the unborn. This includes accessible and affordable health care for everyone. Americans should not go bankrupt because they get sick or die because their medication is exorbitantly expensive. This includes policies that support maternal health and address our nation’s high rate of maternal mortality, especially among Black and Native American women. It includes vigilant prosecution of pregnancy discrimination in education and the workplace. It is essential that the sanctity of human life at every stage, in particular in the womb, is defended vigorously. Abortion is a tragedy, not a social good, that should be vehemently discouraged rather than promoted.

Our nation desperately needs Christians to live out their faith in this political sphere for the good of all Americans, and the 2020 presidential candidates need to hear, respond to, and respect our voice and earn our vote. Through advocacy and protest, we are committed to supporting candidates, no matter their political affiliation, when they promote civility and human dignity, and we will actively oppose politicians, policies, and parties when they undermine these values.
‍ 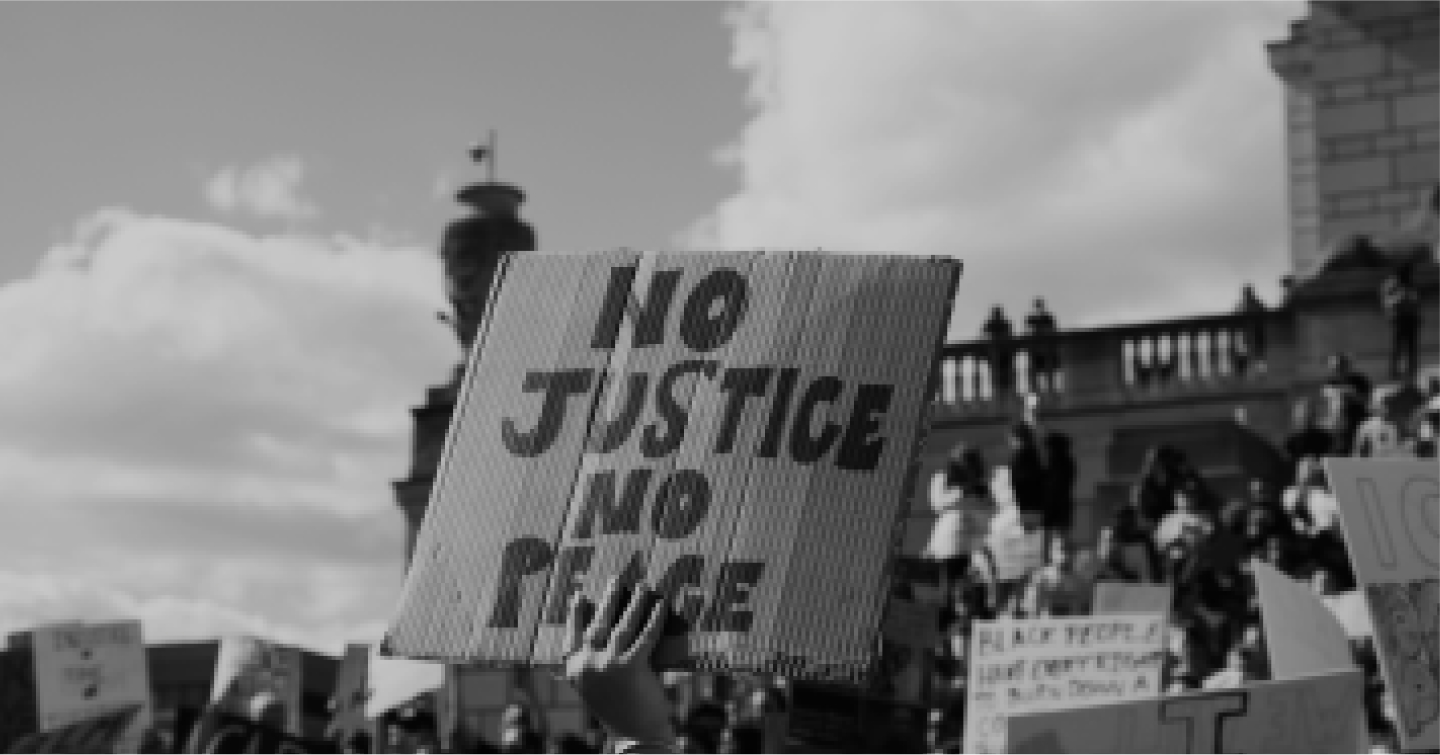 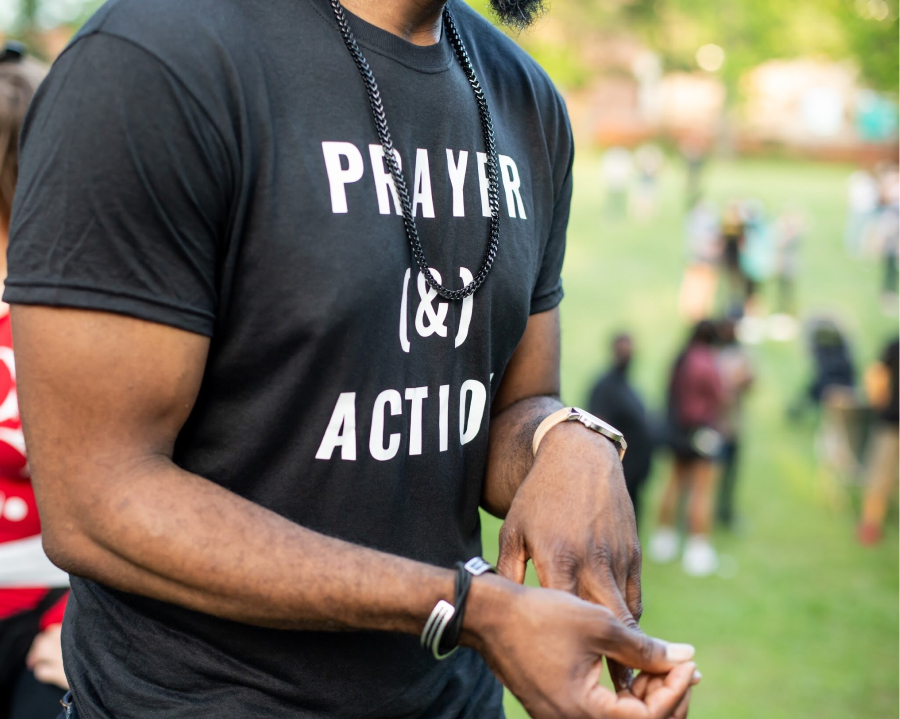 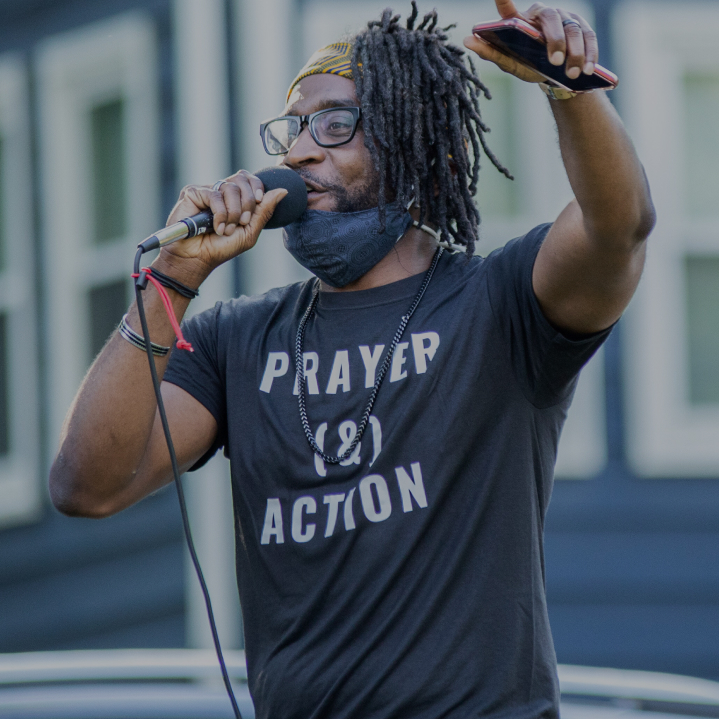 Redemptive Justice is justice which has its ends in reconciliation, peace, and flourishing for all parties.

Listen to the Church Politics Podcast

The Church Politics Podcast is where you can get in-depth political analysis from a Christian worldview with Michael Wear & Justin Giboney. 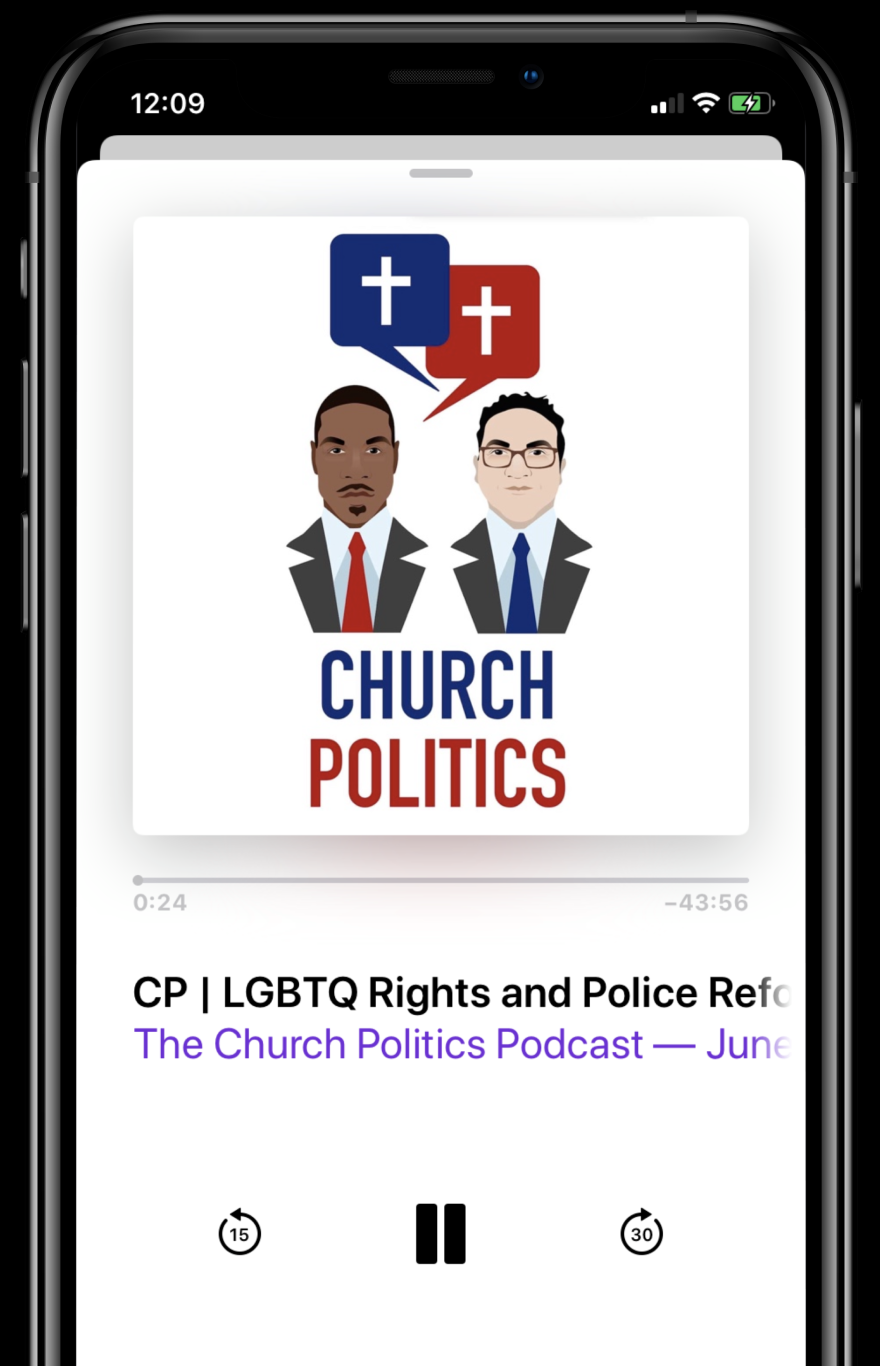